So here's the math:

The current population of Delaware is estimated to be 917,092.

There are 11,500 personnel at Dover AFB who receive their healthcare via the Federal government.

VA pensions and disability claims patients account for another 11,500.

The Medicaid expansion is expected to add another 30,000 patients.

This totals 465,332 Delawareans receiving their health insurance via the Federal government--or 51% of our State population.

In other words, we are already apparently teetering at, or just past the tipping point for effectively having single-payer health care in Delaware.

Below the fold I'm going to explain to you why Delaware will not go across the tipping point.


Of the 415,710 citizens of Delaware remaining, who ostensibly receive their health insurance from private insurers, 397,000 (85%) get their insurance through Highmark Blue Cross Blue Shield of Delaware.

Well, not quite.  The Feds estimate that before the ACA kicked in there were 92,000 uninsured individuals in Delaware.  If we assume that we can deduct the 30,000 new Medicaid cases and probably the 15,348 CHIPs cases from that total, we are left with about 45,000 uninsured in Delaware before Obamacare went into effect.

For everybody else--Coventry/Aetna, everybody--that's only 23,300 customers.  In other words, officially, and by any anti-trust definition:  Highmark Blue Cross Blue Shield of Delaware is a monopoly.

And it's going to get bigger:  the ACA puts only Highmark and Coventry in the mix for picking plans on the marketplace, and if you look at the array of plans and costs, Highmark clearly dominates (early going had them picking up around 90% of the applicants).  So given that DFS expects to pick up another 25,000 private insurance customers that way, and that the track record suggests that Highmark will get 90% of them, you can expect the total Highmark customer base in Delaware to approach 420,000 by the end of 2014.

So what we already have in Delaware is not a single-payer system, but a two-payer system:  the government and Highmark.

And that's why there won't be a single-payer system in Delaware.

Need I remind you that our State legislature (thanks to Commissioner of Insurance Companies Karen Weldin Stewart and Senator Patti Blevins [D-Highmark]) engineered a deal when Highmark bought the of BCBS of DE to exempt Highmark not just from former reserve requirements of $175 million, but also from the scrutiny of the Attorney General's office?

Nor need I remind you that all those brand, spanking new MedExpress clinics showing up (with help from Highmark driving locally owned Medical Aid Units out of business) are the result of Highmark investing over $52 million in MedExpress?

Let's face it, my progressive friends who believe you will get single-payer health insurance through the Delaware General Assembly and signed by Governor Markell:  Highmark is not going to give up the 46.5% of the Delaware population already chained to them without a fight.

And given the relative ease with which almost any special interest, from fly-by-night electric car makers to casinos, to insurance monopolies has been able to swagger up to the public trough and slop away while the politicians they've bought stand aside, they're probably going to win this fight.

You know how they'll do it?  The ONLY trick Highmark hasn't pulled yet is to associate itself with corporate education reform.  Once they do that, the Highmark insurance monopoly is assured forever.

Better not tell them.  What?  You're kidding.  Too late.  Second row, fifth from the bottom: 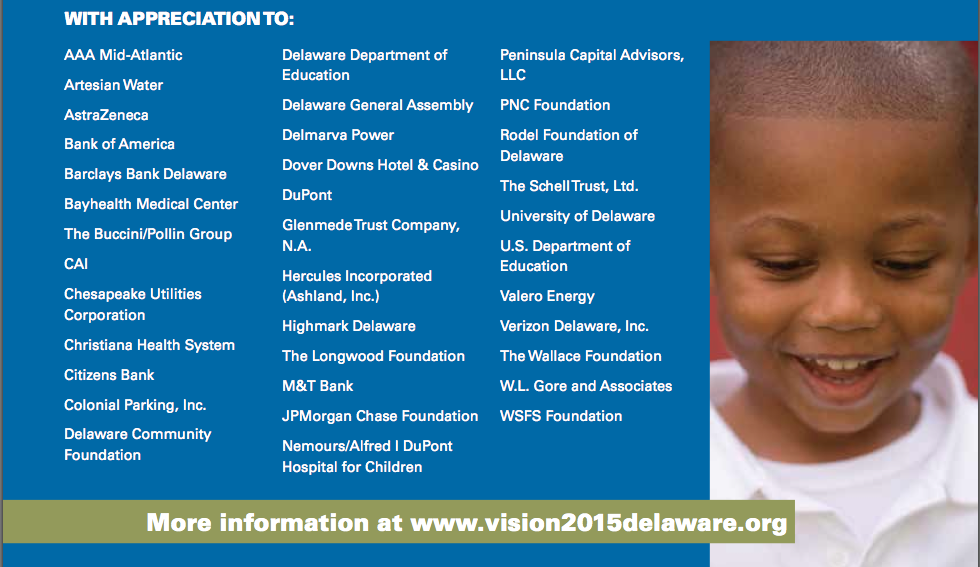 And one final note for the diehard progressives out there:  Highmark did not acquire this monopoly via the supposed "free market."  No company that provides such horrible service as Highmark does could possibly compete in a truly free market.

Nope.  Highmark got it's monopoly the old-fashioned way:  the company bought it from Delaware politicians.

2nd column second one down? WTF?

Not from surprise, but how does that body do that without a vote? Was there a vote?

Took me time to read all the comments, but I really enjoyed the article. It proved to be Very helpful to me and I am sure to all the commenter’s here! It’s always nice when you can not only be informed, but also entertained!
HIPAA compliance