I remember Patrick McGoohan in "The Prisoner." 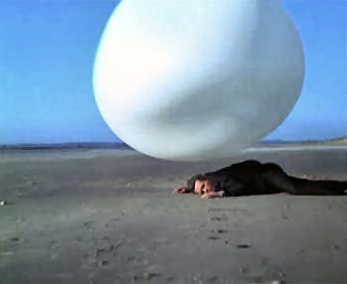 And I remember thinking, that could never happen here. . . .

Of course I was wrong:


The Republican House of Representatives may soon follow the Democratic Senate and give the IRS the power to confiscate your passport on mere suspicion of owing taxes. There's no place like home, comrade.

'America, Love It Or Leave It" might be an obsolete slogan if the "bipartisan transportation bill" that just passed the Senate is approved by the House and becomes law. Contained within the suspiciously titled "Moving Ahead for Progress in the 21st Century Act," or "MAP 21," is a provision that gives the Internal Revenue Service the power to keep U.S. citizens from leaving the country if it finds that they owe $50,000 or more in unpaid taxes — no court ruling necessary.

It is hard to imagine any law more reminiscent of the Soviet Union that America toppled, or its Eastern Bloc slave satellites.