I have been working on some projects involving the old Charlton Comics, which was best described as my "guilty pleasure" when not spending money on Marvel or DC as a kid.

More about my Charlton projects later.  Today I am interested in highlighting the fact that the single most Libertarian superhero ever was Steve Ditko's "The Question."

And not Libertarian, but hardline Ayn Randist, which Ditko himself was to a large extent.

The Question was crusading TV journalist Vic Sage, who use a synthetic skin mask and a morphing gas developed by Dr. Aristotle Rodor, to fight big-city crime.  He was a Ditko labor-of-love that appeared once in Mysterious Suspense but was mostly a secondary feature behind the Blue Beetle, which Ditko also drew.

A few years after the original run, the equally legendary Alex Toth contributed one Question story to Charlton Spotlight.  DC bought the Question with other Charlton heroes, and he had a short run for them in the 1990s (with which I have absolutely no interest); and, of course, the Question became the inspiration for Rohrshach in The Watchmen.

There are multiple segments of Ditko's run with the Question that have Vic or his alter ego cribbing liberally (pardon the pun) from Ayn Rand, but the most controversial element of Ditko's Randist orientation was the 1967 scene where the Question knocks two criminals into the sewer and leaves them there to die.

[A note for purists:  as part of the aforementioned Charlton project I have been reformatting and enhancing the artwork a bit.  The dialog and the art is unchanged, but the panel layout is not, obviously, the original.]

So without further ado:  Ayn Rand as superhero: 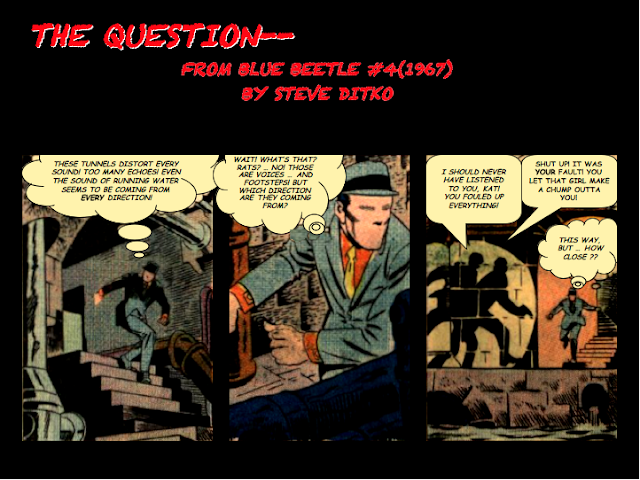 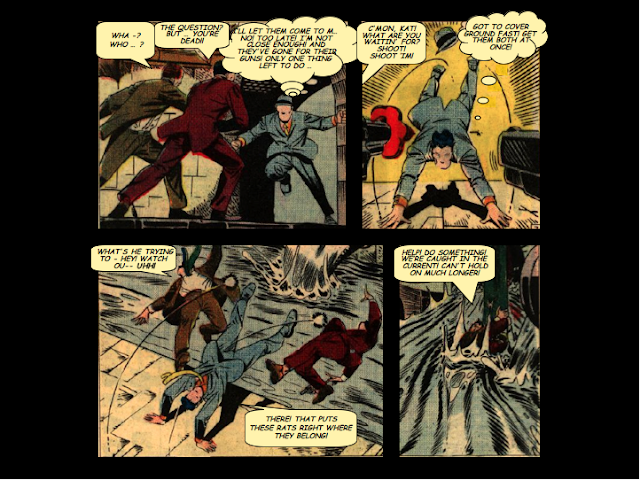 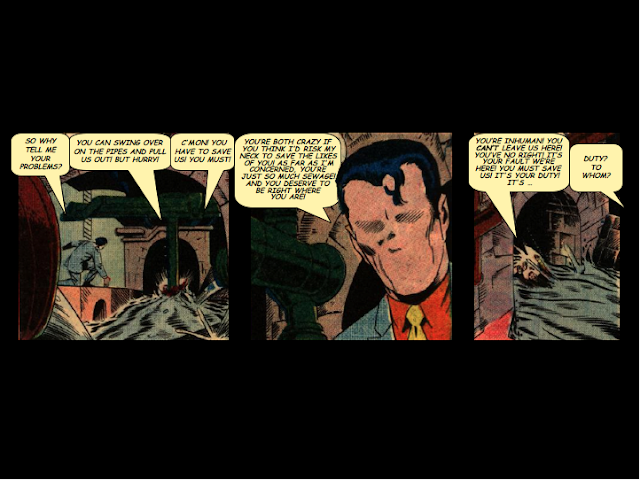 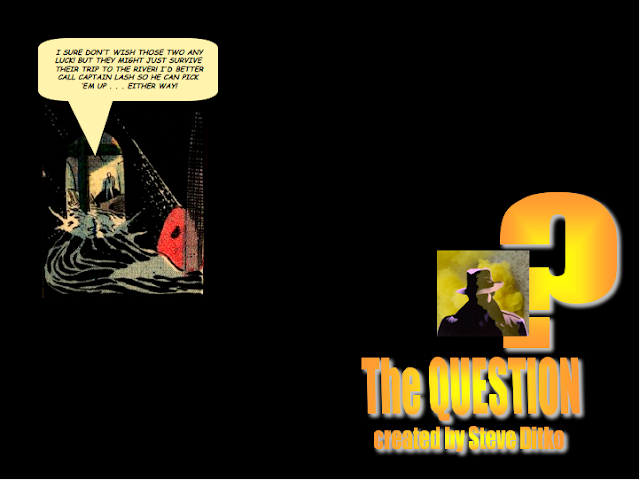 Hey, dude, you should check out Mr. A - he's even more hardcore than the Question. The Steve Ditko Collection Vol. 1 by Phantagraphics contains all the Mr. A stories, I think.

I love in Mysterious Suspence #1 where the Question leaves those thugs to drown! Why should he risk himself for murdering scumbags?!