OK many of you know (certainly Hube) that I am not only a longterm SF fan (and wannabe author), but also a longtime diehard Star Trek fan.

I don't have the resources or the talent necessary to deal with fan films or audio productions, but when I started playing with it I wanted to have a visual aspect, and to do something new.

So working with the massive photo-archives available at Trek Core, I started playing with the idea of using modified, re-purposed images to create a comic-like experience.

This opening section (which will appear over the next several weeks in six parts--a prologue and five chapters) represents the introductory attempt to create a new set of adventures based on a Saber-class vessel, the Marie Curie, which is a science-research ship which (or there wouldn't be any story) contrives, of course, to fall continually into trouble.

A number of minor figures from the Next Generation era have roles in this series, including

Plus, I borrowed stole some elements from Darker Project's Section 31 and Dark Frontier audio dramas, incorporated Larry Niven's donation of the Kzinti to the Star Trek universe, and--as usual in these kinds of fan productions--include puns and indirect references to all sorts of things (check out the name of the very first planet mentioned below).  I also consciously tried to give the comic-like lay-out the feel of the early to mid-1970s Marvel comics I enjoyed so much.

It's a patische, I'm an amateur, and I'm learning as I go, so if you comment, be gentle.

Necessary disclaimer:  Paramount owns the rights to Star Trek; this is a totally not-for-profit little project and no copyright infringment is intended.

That said, go below the fold if you'd like to experience my version of Star Trek: 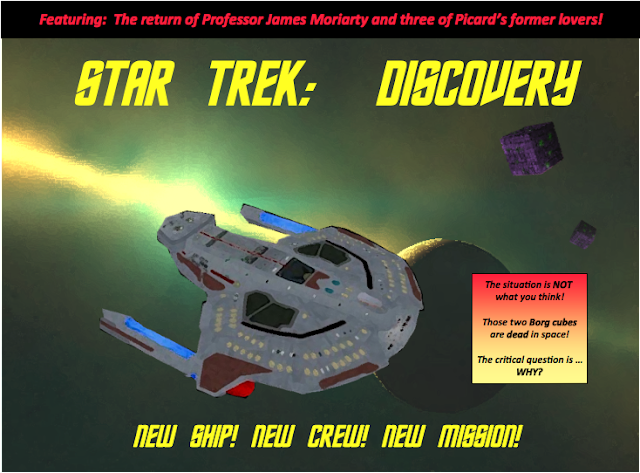 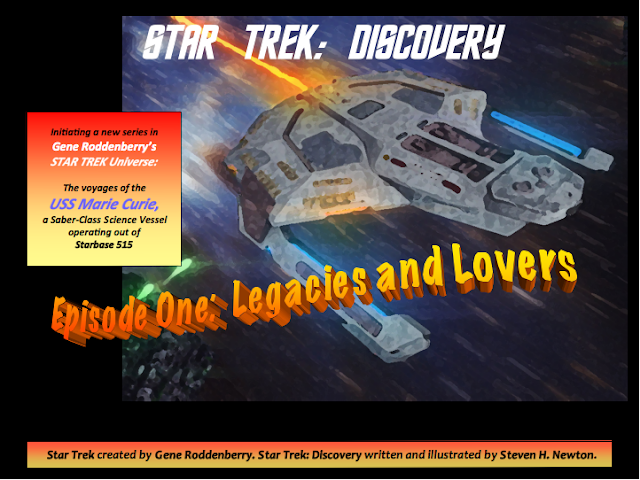 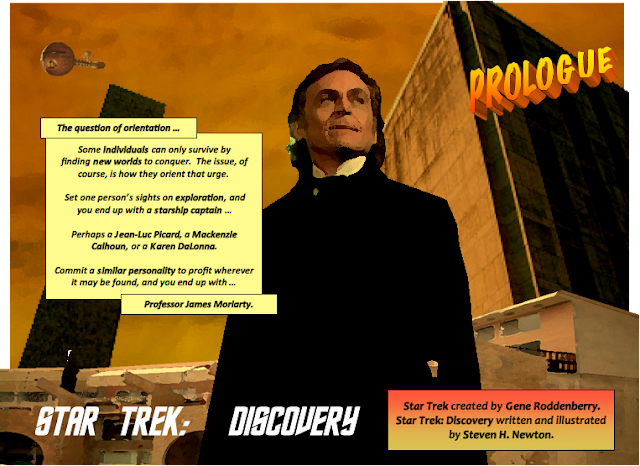 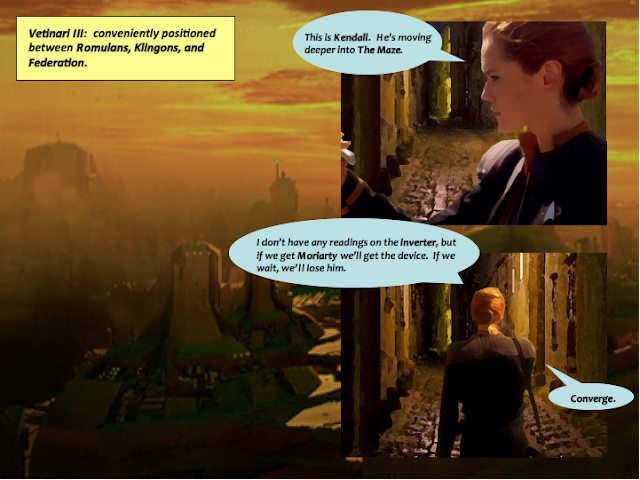 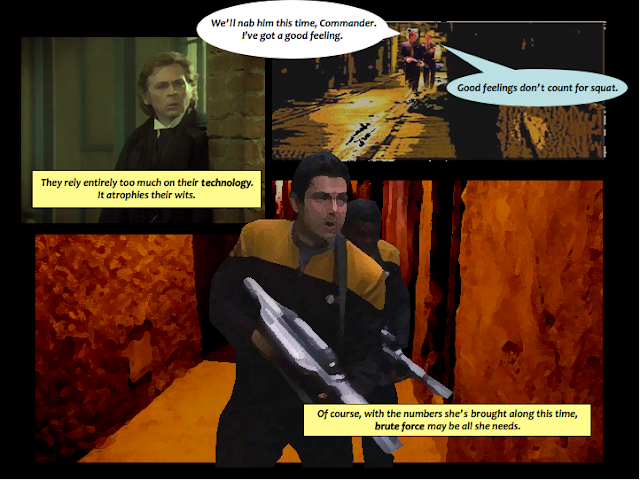 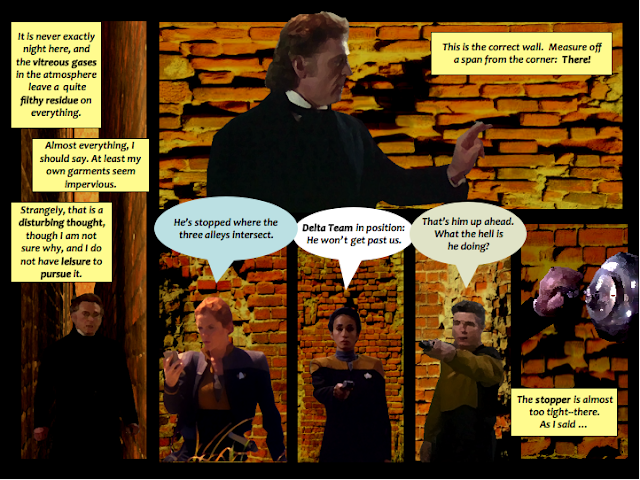 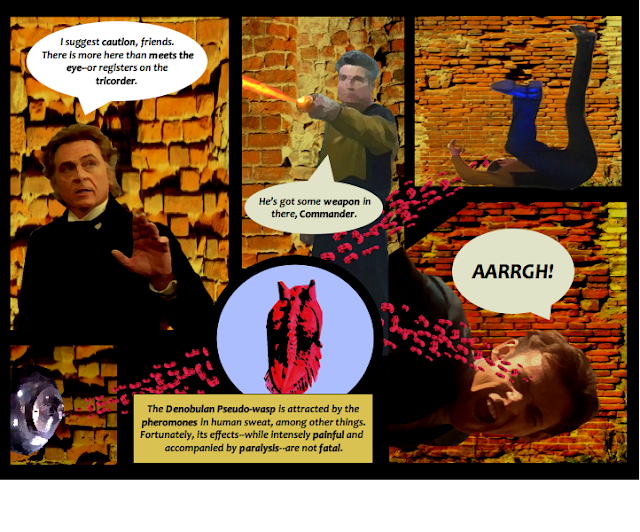 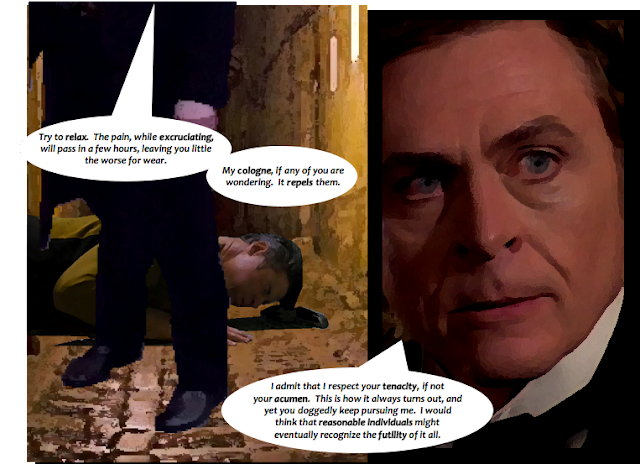 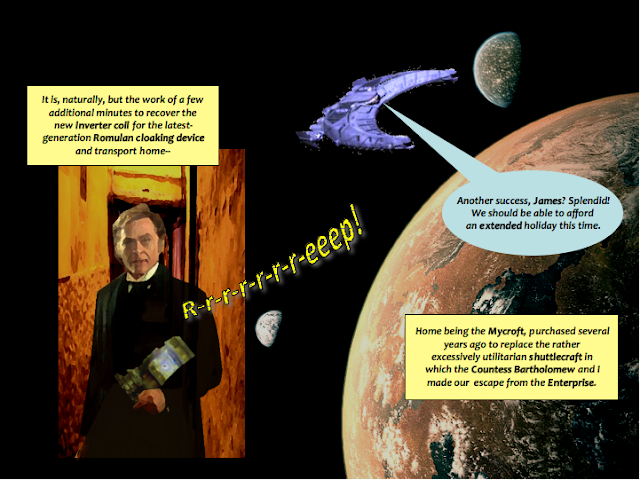 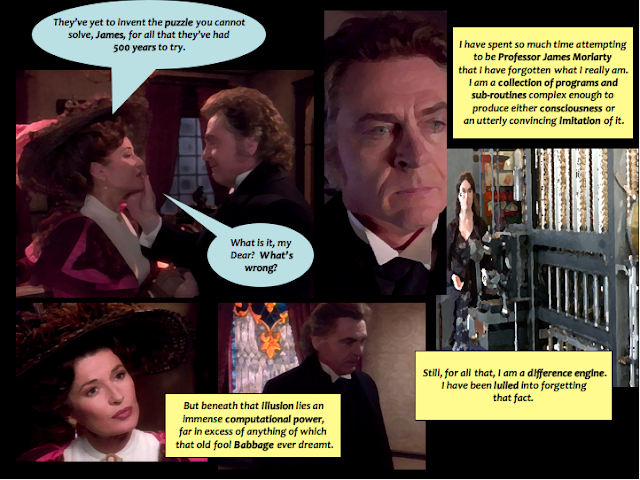 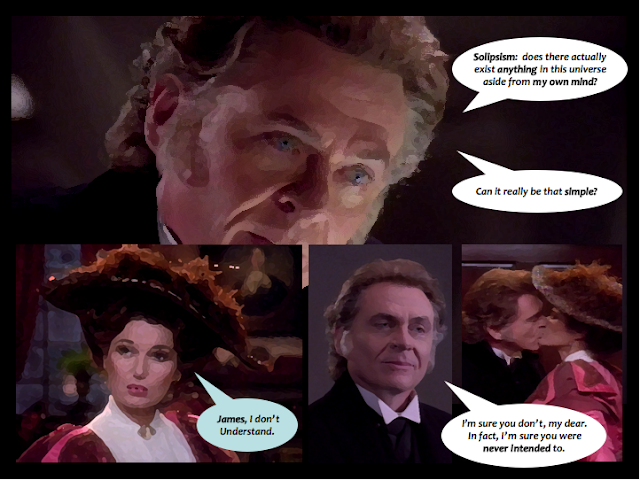 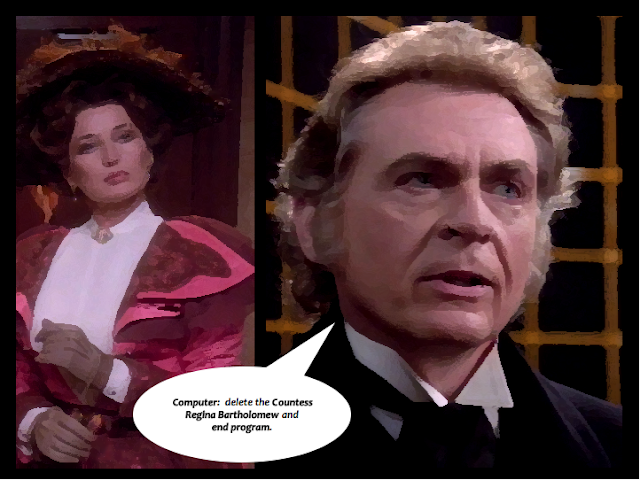 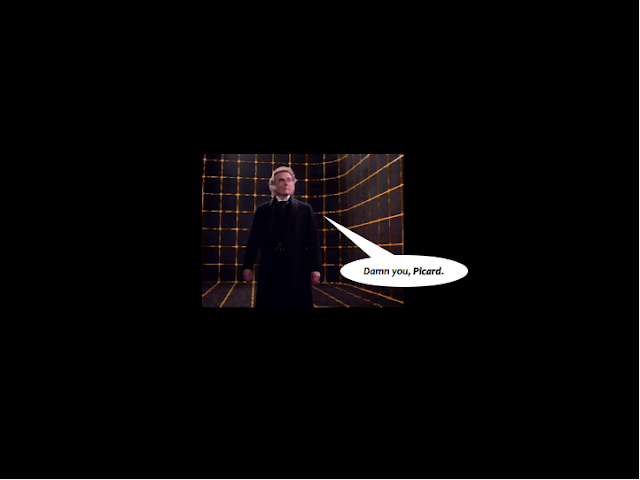 I'm assuming Moriarity, while striking down those Starfleet types, is still "trapped" within his holo-cube program

Nicely done, though the imagery is a little dry on a phone screen, I'm sure it would great on an iPad or computer. The script is wonderful very reminiscent of STTNG. I can't wait to keep reading. Keep up the good work.