More Drug War Idiocy - with a Dash of Immigration Stupidity

Here is another unfortunate victim of drug prohibition mania's human meat grinder, which daily wrecks the lives of 10's of 1000's of otherwise responsible peaceful people snared in its medieval jaws. 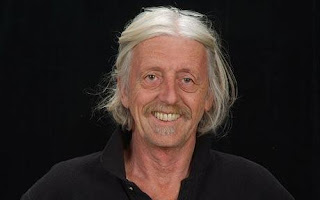 This particularly-disgusting law enforcement idiocy not surprisingly began with the Department of Home(Father)land Security by way of Immigrations and Customs Enforcement (ICE).

BRITON JAILED IN US IMMIGRATION CRACKDOWN
FOR 'THIRD OF A JOINT'
A Briton who has lived and worked legally in America for 35 years, married a US citizen and raised three children there, has been locked up in a New Jersey jail after falling victim to a draconian immigration crackdown prompted by the Sept 11 2001 terror attacks.

Paul Clements, 58, a permanent US resident and former tour manager for bands such as the Rolling Stones and Dire Straits, is threatened with expulsion from his adopted homeland after his passport and green card were confiscated following a work trip abroad.

He now spends his days in a khaki prison jumpsuit as his case works its way through the US legal system and his wife and teenage daughter were reduced to tears when they saw him chained and in handcuffs in a recent court appearance.

"I was brought up to believe my country practised the rule of law and I'm just stunned that Clem is being treated like this," said his American wife Robin Schwartz, 59 a wedding photographer, at the family home in the quiet New Jersey commuter town of Sparta last week.

"If it wasn't so upsetting, it would be like something out of Monty Python. When I visit him, it's just like the movies. We are separated by flexiglass and have to shout through slats to talk to each other. It's soul-destroying."

The turmoil in their lives has its roots in a night out with friends at a local pub in 2002. On the way home, Mr Clements, a manager at a large events production company, was arrested on suspicion of drink driving and police found a third of a joint of marijuana in his car.

He was fined, put on a year's probation and ordered to attend drug information classes as punishment for possession of 0.8 grams of marijuana, an amount so small that the authorities would not prosecute in many American cities, including neighbouring New York.

The offence did not leave him subject to the threat of deportation and he thought no more of the incident, even as he flew in and out of the country on subsequent trips overseas. But in late-May, he was held for several hours at New York's Kennedy airport as he arrived home from a work trip to Italy....

Any tour manager for Dire Straits is first-rate in my book.

Really, what in God's name is accomplished by prosecuting and jailing this man?

All I see is a waste of taxpayer money to rack one up for some over-ambitious low-level federalies, while affirming the truly idiotic judgment of whatever law enforcement buffoon(s) actually had this guy go to the airport to be arrested and imprisoned indefinitely in an immigration jail.

His traumatized wife sadly summed up what is really accomplished by our Orwellian alphabet-soup federal government...she called it "soul-destroying".

Destroying other people's souls through persecution like this is the work of those who must themselves have no souls. Such people must be robotic creatures unfettered by conscience on any level, people of the variety who would carry out officially-sanctioned torture of prisoners. To call them human beings would be a stretch.

This man's imprisonment alone is torture, in my view, and an affront to any reasonable notion of human rights. This is what we continue permitting our government to do in our names.

This madness has to end NOW and NOT decades into the distant future. This horrific war on people is a stain on our society and a clear and present danger to human rights and civil liberty.

Labels: War on Drugs, War on You

This is really an outrage against liberty. It is also an outrage of flagrant pettiness.

I think the problem here is less a result of the all powerful drug war than a result of our judges and lawyers being indecisive and underworked. Why does this guy have to wait until March for a court hearing? This case is a ground ball, when he has his day in court he will be released and continue his life. Obviously the immigration law was not meant for such low level convictions to trigger expulsion. The real problem is judges and lawyers who are in absolutely no rush to have these cases heard, all the while collecting fees and salary. There are thousands of people like this waiting for their day in court. If enough people would visit a courtroom and see the reasons for court delays and postponements there would be outrage. Three hour lunches, sick relatives, child care issues are all good enough reasons for judges and lawyers to put off court, but not for the actual participants.
I'm not saying the reason Clements is in jail is legitimate, I'm just saying that it would be mostly a non-issue if it were handled expeditiously.
Thanks

Dana - petty indeed, yet insanely destructive of this family.

The sad part is that there may be many more like him. If he was a Mexican no one would be reporting about it.

Clem, Robin and family want to thank everyone for their thoughts, prayers and comments. To support Clem and get info on who and where to write, go to freeclem.com Seems the powers that be only respect and take action based upon the number of constituent letters. Part of our problems are sourced in the career politicians who's souls are motivated only by their need to get re-elected...

On behalf of Clem, his wife Robin and their family, thank you all for your interest, care and thoughts. Most of all, he needs short letters sent to the "Powers that be" to get this travesty of injustice corrected and for Clem to get released. Please visit freeclem.com for add'l info on Clem's dilemma and info on who and where to write a short note of support. WE NEED LETTERS in numbers to get any motion from the bureaucrats who seem to only care about votes and re-election. freeclem.com