The corpulent Wilmington, Delaware city government is at it again. Per standard operating procedure in the new Obama-Rahma era, they are scaring up the masses to soften us up for the inevitable tax hikes we will get. Of course they will continue along with all their other invasive and harrassing means of dragging money out of the already-struggling citizenry.

Certainly President Fearmonger-in-Chief has made it vogue to peddle disaster statism by scaring everyone into thinking that the apocalypse is nigh and only massive Democrat government can save us all.

As if it is not disgusting enough that federal taxpayers (of some distant future) should be forced to bail out the fiscal irresponsibility of state and local governments that operate on "spend it all now" razor-thin revenue margins, no one should harbor any illusions that we will not also be bled even more at the bottom of the government food chain. These piggies just can't resist.

Today's News-Journal (article by Adam Taylor) points out how the first casualty of Wilmington government's $9,000,000.00 projected deficit will be a new class of police officers. (I know, it seems like small potatoes in today's trillion here/trillion there insanity).

The article quotes some of my thoughts on the matter :

Local activist and lawyer Tyler Nixon said the proposed cuts "are the worst kind of fear-mongering."

"I mean, why cut money to a sputtering, ineffectual, speculative program like the Hope Commission or bloated staffs when you can scare people by using one of the oldest and most cynical tricks in the book -- scaring people by saying essential services won't be brought up to acceptable levels?"

Nixon said he expects Baker to propose a property tax hike when he gives his budget address next month.

In truth, I said I expected such fearmongering with public safety to be a prelude to tax increases generally (I tend to say a lot and say it fast, when interviewed, so it is no fault of Adam Taylor's).

Specifically I was thinking of Wilmington's wage tax, which taxes any earned income whatsoever, even subsistence wages. But the point still stands.

Amazingly, Mayor Jimmy Baker's chief handler/brain/moustache William "Monty" Montgomery pooh-poohs the notion out of one side of his mouth, just as the other side of it admits Wilmington citizens will, of course, be fleeced by other means.

"My boss doesn't like tax increases, so we're trying to avoid one," he said. "Instead, we're trying to make spending cuts, and generate revenue by increasing fees in many of our departments."

You have to love the ethos here. It doesn't matter whether tax and fee hikes will hurt the citizens. It only matters that Monty's "boss doesn't like [them]".

I suppose if Boss Baker suddenly starts liking them, then Monty will march for them. "Yes, sir! No, Sir! Three bags full!", as we used to say in the Army.

Call me a stickler, but does any Wilmington citizen give a rat's derriere whether their money is sucked out of their pockets in the form of taxes or so-called "fees" or aggressive gotcha fines or any other revenue scheme? Whatever way, the end result is the same.

If anything, fees are more ubiquitous and they are absolutely way too high as it is. As an example, my state business license costs $75/year. For the "privilege" of permission to practice law within city limits my yearly city license fee is $181. For this I get absolutely NO ADDED VALUE WHATSOEVER.

The City has no lawful power to regulate the practice of law, so the very idea of requiring a City license for lawyers, as an example, is purely a revenue-sucking scheme.

I challenged city government mouthpiece John Rago about this in late 2006 on WDEL. Rago had vaguely suggested that my business somehow receives city services, over and above what I get as a city homeowner, so therefore the license is not merely a superfluous way of double-taxing me.

When I pointed out that I practice from a home office on which I already pay property taxes Rago simply stuttered around the issue and moved on without answering. 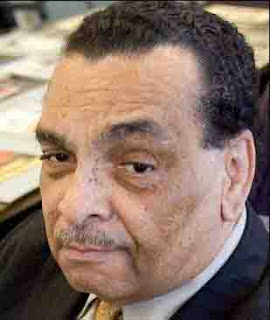 Photo : Scary
The Wilmington government is busting at the seams with overpaid bureaucrats and wasteful frivolous spending. Jim Baker makes over $100,000 a year....for a city with barely 74,000 residents, many living on the edge of, if not in, poverty.

Baker has an immediate staff of at least 10 people, including former State Representative Arthur ("Scotty") Scott. "Scotty" seems to think his public paycheck as a "Community Affairs Advisor" means almost daily calling into WILM's John Watson Show to attack Republicans, defend all things Democrat, and otherwise foam at the mouth.

("Scotty" (the name he uses on-air) has attacked me personally, by name, on several shows. I have audio recordings of two instances. That we pay taxes for this fool to sit in a city government office and phone in partisan political attacks on local public airwaves is, needless to say, a bit troubling. But it's obviously business-as-usual for Wilmington's partisan Democrat autocracy, since "Scotty" has been doing it for years.)

There is an absolute plethora of areas in which Wilmington's champagne government could be slashed to live within its means, much less live frugally like the rest of us. But these folks like life high-on-the-hog, so don't expect any of them to come off the comfy racket they have going.

The government patronage class are quite occupied celebrating themselves in style as they do things like try to kill property rights legislation in Dover so they can dispossess small business pioneers like Ed Osborne of Osborne's Auto on A Street. All this in service to their special interest masters like the Buccini-Pollin Group or the (gigantic failed Carper-created waste) Riverfront Development Corporation.

Sad as it is, given that I am a native and nearly-lifelong resident, I really have to move the heck out of this city, ASAFP.

When public safety is the first thing on the budget chopping block, after a year that set the record for murders, it is seems futile to try to make a difference here in the face of such monumental official stupidity.

The Wilmington government shot-callers are literally 99.9% Democrat. This total absense of political, much less ideological, diversity makes nil the odds of seeing the slightest checks, balances or plain old responsibility and accountability.

They are also no requiring county businesses who do business in the city, i.e. a contractor whose business is located in newport will require proof of license when doing work in the city. meaning if you are a painter and are hired to paint a room in the city you will need a city license.

TPN....Don't leave. We need all the help we can get. The community must organize to speak truth to power....w/o you it will only be more difficult for those you leave behind.

(I tried to sign other than anon. but couldn't do it. xoxoxox SRC)

Here's one I heard today. In Phila., Baltimore and big cities cars that are picked up and impounded are sold at auction to make money. Not so in Wilmington. They have one guy, "ONE GUY" who seems to have the franchise. He holds your car for 30 days and then its his!!! Why doesnt that car belong to the city, who could auction them off to make money? Who is the crony that has the sole franchise....we are trying to find that out.

Licenses and Inspections in the City is a freakin joke. They hound the little contractors while letting people like Buccini Polin off scott free. Many contractors refuse to work in the city because of the hassle, hassling they get from these "city inspectors" who think they have power and they do. The power to hold up your work for days and weeks. Course you cant get paid by the person you work for, because the inspection certificate is not provided until its to the "cities" liking. If you complain your done....they hassle the hell out of you. They will purposely set up appointments for inspection and then not show up. Or they show up at 3:30 and before they are done with the inspection, look at the clock. oops out of here its quittin time, we'll make another appointment and the beat goes on. Sometimes I wonder why the hell we live in this city, they certainly don't treat the residents with any respect.ala..sidewalk hassles, towing your car in front of our house, etc, etc.

Heres another one: Floyd McDowell has written this powerful legislation to keep crime down, change and reform the prison system. All those in power who should be supporting it, want to tinker and work incrementally...do a little this year, and some next year, instead of taking the bull by the horns and going for the whole magila. Some say its a plantation mentality in Wilmington among the power elites, I am beginning to believe that is exactly the case.

How can Wilmington be so much in debt. Wasnt it just last year they had money? What happened to it? When was the last audit of the City done? Why havent they cut the slackers out of city government? Cronyism, nepotism and good ole boy government. Now they want to scare the hell out of people by ridding themselves of the police academy! Am wondering if they don't have "dumb PR school" in the city, sitting up all night thinking how they can screw the taxpayer.

Maybe its time the Mayor and his honchos take a pay cut? Get rid of all those city cars? Stop spending money on dumb shit! Its time for city residents to resist, revolt and demand these imbeded jerks learn a lesson...they work for us, we don't work for them.

Citizens cooperate with the police? You gotta be kiddin me. Since Homeland Security took over the Police depts, and stopped community policing...walking the beat....crime has increased. Time to end the million dollar Hopeless commission..what a joke that it.

I'm calling for an audit with publicly selected auditor... this is effed up... and it's not going to be BPG... we the people have the right to demand their audit and restructuring... they are like a public company, we pay for them with our taxes!

Also, I don't care if you raise my property taxes but expect that money be placed into a separate account as soon as it's cleared. Into an account that is managed to earn interest. The people of the district then chose the projects that they want to fund. I think that's really flat way of doing it and would do more good because they have no clue of how to manage money. I have been saying you want to have the TRICKLE OUT effect not trickle out...