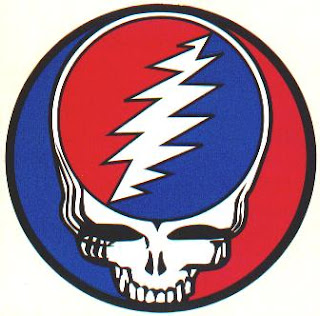 Love 'em or hate 'em, the Grateful Dead are the ultimate American rock band. No other was more storied, more enduring, or more reflective of American music to its roots.

Here is a nice performance by them 35 years ago today, on a beautiful sunny Saturday afternoon in California, in front of their infamous "Wall of Sound". (The recording has initial tweaks as they work out the mix).

The Wall of Sound was probably the most complex and fine-tuned PA system ever devised. Basically it allowed the band to play in front of the PA, without need of stage monitors, so they would be hearing exactly what the audience was.

It barely lasted a year (1974), since the band had to haul it around the country in three tractor-trailers (in the midst of the first oil supply problems).

The band basically went broke from it... 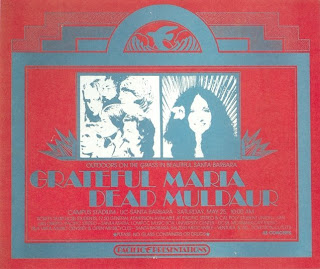 I
U.S. Blues
Mexicali Blues
Deal
Jack Straw
Scarlet Begonias
Beat it on Down the Line
Brown Eyed Women
Me and My Uncle
Sugaree
El Paso
China Cat Sunflower
I Know You Rider
Around and Around 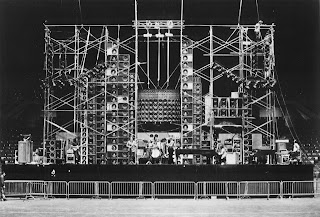 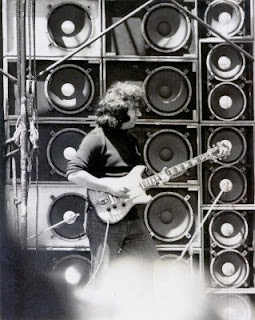 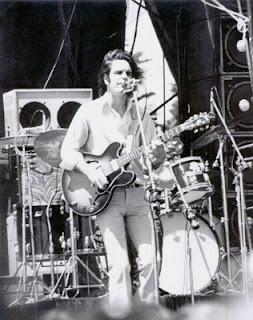 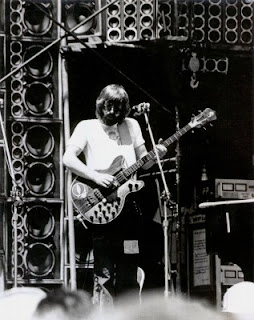 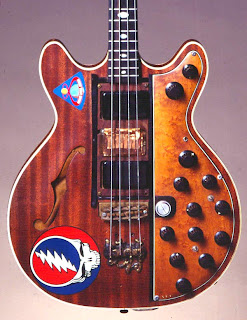 
Red and white, blue suede shoes
I'm Uncle Sam, how do you do
Gimme five, still alive
Ain't no luck, I learned to duck

Chorus
Wave that flag, wave it wide and high
Summertime done come and gone, my oh my

I'm Uncle Sam, that's who I am
Been hiding out, in a rock and roll band
Shake the hand that shook the hand
Of P. T. Barnum and Charlie Chan

Shine your shoes, light your fuse
Can you use them old U.S. Blues
I'll drink your health, share your wealth
Run your life, steal your wife

Back to back, chicken shack
Son of a gun, better change your act
We're all confused, what's to lose
You can call this song the United States Blues
Posted by Tyler Nixon at 3:30 PM

Labels: Just for the hell of it