It  never ceases to amaze me that people who will go out and become activists for better health insurance or raising/lowering our taxes apparently have absolutely no understanding of the fact that those debates are all entirely moot.

What President Obama and Governor Romney have an unspoken agreement not to discuss is that fact that what is pushing our economy off the cliff, bankrupting our Treasury, and ultimately betraying the American experiment in freedom and democratic values is our foreign wars.

And it is not surprising to find out (gasp!) that the government has been lying to us all along (under both Bush and Obama) about what it all costs.

Here, reference a study at Brown University, is a first approach at the truth:

A new report out of Brown University estimates that the U.S. wars in Afghanistan and Iraq–together with the counterinsurgency efforts in Pakistan–will, all told, cost $4 trillion and leave 225,000 dead, both civilians and soldiers.

The group of economists, anthropologists, lawyers, humanitarian personnel, and political scientists involved in the project estimated that the cost of caring for the veterans injured in the wars will reach $1 trillion in 30 or 40 years. In estimating the $4 trillion total, they did not take into account the $5.3 billion in reconstruction spending the government has promised Afghanistan, state and local contributions to veteran care, interest payments on war debt, or the costs of Medicare for veterans when they reach 65.

The Congressional Budget Office, meanwhile, has assessed the federal price tag for the wars at $1.8 trillion through 2021. The report says that is a gross underestimate, predicting that the government has already paid $2.3 trillion to $2.7 trillion.

More than 6,000 U.S. troops and 2,300 contractors have died since the wars began after Sept. 11. A staggering 550,000 disability claims have been filed with the VA as of 2010. Meanwhile, 137,000 civilians in Afghanistan and Iraq have died in the conflict. (Injuries among U.S. contractors have also not yet been made public, further complicating the calculations of cost.) Nearly 8 million people have been displaced. [emphasis added]


Why does the truth about our perpetual war state take so long to come out, and when it does why will it be so thoroughly ignored by the politicians, the media, and the American people?

Because the Cold War never ended.  There was a brief interregnum between the fall of the Soviet Union and 9/11 where the Defense-industrial complex was floundering.

That's when Bill Clinton actually made the only meaningful cuts in the Defense budget made since 1939--and the economy boomed.

Go back and read for yourself all the papers questing for an enemy to refocus our strategy against during the period 1992-2001.  Most of those essays concentrated on "rogue nations" with nuclear weapons potential (which is where we are moving now because we cannot keep up the fiction of a war against a nearly non-existent Al Qaeda much longer), and here is the ugly truth:  9/11 was a Godsend to the defense industry and the political slaves who support it.

What the so-called "war on terror" and the "Cold War" have in common is that they are both portrayed as multi-generational conditions, rather than as events, which is what wars have traditionally been in American history.  Properly sold to our citizenry, these conditions require massive tax burdens for defense, suppression of civil liberties, and ruling out any effective criticism of our wars abroad.

So let's just put it in economic terms, folks.  The cost of these wars ($4 TRILLION)--and that's not the Defense budget, that's the operational and consequential cost of the wars themselves--is so large that if you took it away, or even reduced it by half, guess what?

Lower taxes, a booming economy, and better health care for everybody. 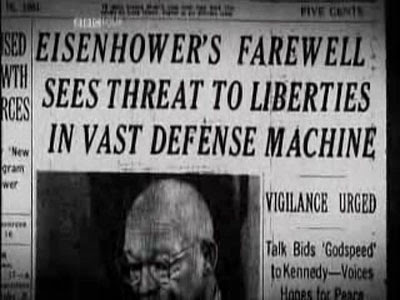 ... and remember, if you vote for a Democrat or Republican for federal office this November, you are expressing your support for this wasteful spending of your money on endless undeclared wars.

the issue that's missing from the election is the rise of worldwide Islamo-Naziism. Oopsie, is it politically incorrect to say that Islamists are hellbent on destroying the United States and imposing Sharia Law? I'm so, so sorry, for bringing up such a sticky subject on a left-libertarian blog. I do realize left-libertarians don't want to acknowledge the Islamist threat.